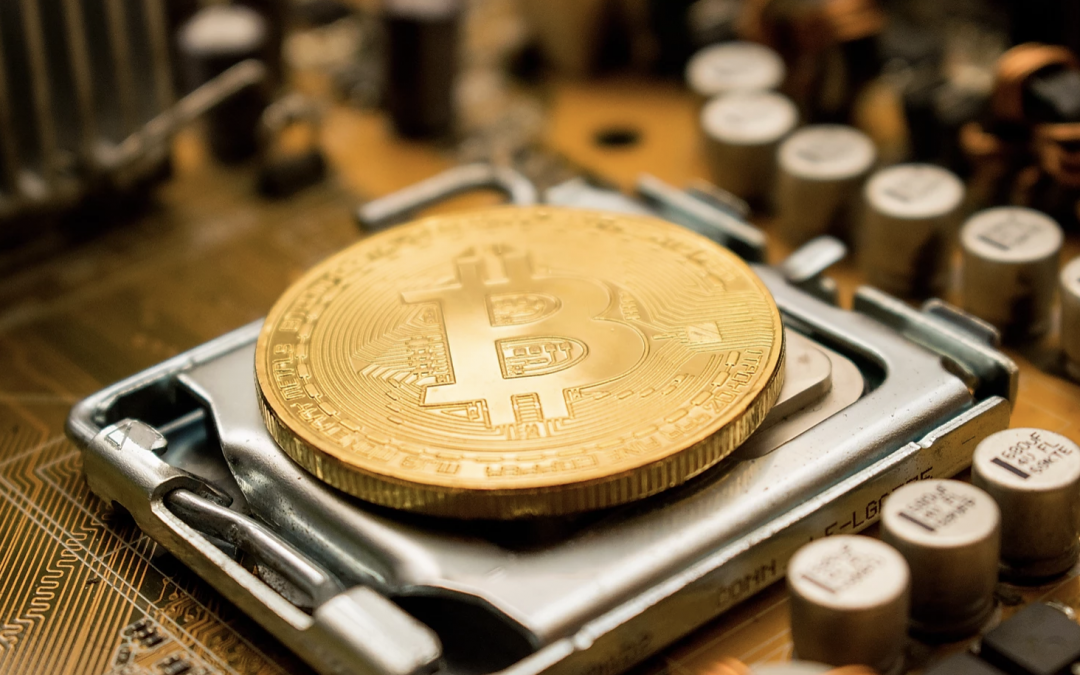 Humans have been bartering since the beginning of time. For example, between 9000 – 6000 B.C. humans used cattle as a form of currency to trade for other objects[1] and by 1200 B.C. Cowry Shells[2] were used as a form of currency. Fast forward to today, fancy cotton-based paper and metal coinage is used to pay for a movie and popcorn (we sure have made some advances). Even though the physical form of currency hasn’t changed much for many years, the backing of currency has. Today, most countries support and back their own currency – otherwise known as fiat money[3]. This type of currency is regulated and backed by the full faith of governments. The U.S. dollar was originally backed by gold, meaning each piece of currency could be converted into its respective share of gold. This meant the government did not have the option to print more money as they would have needed more gold to support such an idea. In 1971 President Nixon officially took the U.S. dollar off the gold standard, allowing the government to have full control over the expansion of its money supply in addition to backing it 100% – yes, the $100 bill in your pocket is only worth $100 because people feel it is worth that much. In essence, the money supply for most countries is a monopoly and can be controlled or manipulated at the government’s discretion. They can print more money to increase money supply causing the value of their currency to decrease. Or, they can restrict or take money out of the system to help pump up the value of their currency. At this point you’re probably wondering to yourself “What does this have to do with cryptocurrency?” – the answer: everything.

During the financial crisis of 2007-2008 the Federal Reserve stepped in and began flooding the market with money – otherwise known as, Quantitative Easing[4]. Quantitative Easing was a new monetary policy that had never been used before in U.S. history. The purpose: to make sure the U.S. economy did not fall into the depths of a depression. By purchasing government bonds and other financial assets, interest rates began to decrease and the flow of money increased stimulating the economy helping keep it afloat. Now, we could debate if this was a good, neutral, bad, or a terrible idea until we are blue in the face, but that is not what we are here to write about, so, enter in cryptocurrency.

The thought of having a centralized money supply system that was controlled by the government was not appealing to some and the Great Recession accelerated these negative thoughts forward. In 2009 an unknown programmer or programmers, using the alias Satoshi Nakamoto, released an open source software and the creation of the first cryptocurrency was born.

Bitcoin (now we are onto the good stuff) is a cryptocurrency and digital payment system, but being electronic isn’t even the most alluring part. Bitcoin, specifically (as there over 600 cryptocurrencies), has a decentralized ledger, unlike the centralized ledger used by traditional fiat money. To put it simply, because there is no one entity controlling the ledger, instead there are hundreds of them such that bitcoin isn’t controlled by any one entity or person. This peer-to-peer system removes the ability of any one entity or person to control the debasement of the currency. In addition, there is a finite amount of bitcoin units that can be mined – 21 million[5] to be exact – and because the ledger is supported by multiple computers, the security and radical transparency of the ledger is revolutionary.

This new form of currency and its paradigm shift has driven its value to new heights and is gaining more momentum and attention. For example, if you were one of the lucky ones to get your hands on a bitcoin back on July 19, 2010, your bitcoin would have been worth $0.08[6]. If you held on to that bitcoin it would now be worth $4,394.29[7] – a 5,492,763% price return – that’s astronomical! This type of return is a large reason as to why the public has turned its eyes over to this new wave of money. We won’t lie, it caught our eye too, but only for a minute.

When speaking to others, they discuss bitcoin as if it will replace the dollar. Let’s think about that for a minute. What would happen if bitcoin were to replace the dollar? First, the price volatility would have to decrease dramatically. For example, bitcoin’s price dropped by -16.72% on September 13, 2017. Imagine on that day you wake up to go buy a new couch worth $4,000 and lucky for you, you have one bitcoin, which at the close of September 12, 2017 was worth $4,148.27 – you had plenty to buy your new couch. However, when you walk into the store, the clerk explains that you do not have enough money as your bitcoin has decreased by almost -17% and is now only worth $3,874.26. The price fluctuation has gone both ways, positive and negative; however, the point remains that to replace the dollar, bitcoin will have to become less volatile. Second, Gresham’s law[8] – “bad money drives out good” – may prohibit bitcoin from becoming an actual transactional currency. In other words, because the value of bitcoin is so high (the good money), people will be unwilling to spend it and in turn will spend their dollar instead (the bad money). This hoarding of bitcoin will remove it from general circulation and it will become more of an asset, like gold, then a currency like the dollar. Third, why would countries want to give up their currency monopoly? The loss of control is not something the U.S. or any other country is looking for. Recently, China has come out and banned the trading of cryptocurrency as they worry that it will be used as a way for Chinese nationals to extract money from China. Fourth, there are over 600 cryptocurrencies today and multiple “Initial Coin Offerings” (ICO)[9] daily. Will bitcoin even win the race? The overall point: bitcoin, and cryptocurrency in general, have a long battle ahead of them to replace the dollar.

Instead of thinking of bitcoin as the next currency play, what if we inverted our thinking and instead viewed it as a store of value[10]. To revisit, bitcoin has two distinct and interesting characteristics; 1) it is not controlled by any one government, sovereign nation, or corporation, but by individuals; 2) the number of units is finite – 21 million[11]. Contrary to fiat money, the debasement of bitcoin, based on these characteristics and its structure, would be difficult at best. In addition, if bitcoin were to become widely accepted as something of value, because the supply is fixed, the only way for bitcoin to appreciate would be through price appreciation. In turn, bitcoin could become an alternative investment similar to gold. Since Quantitative Easing has been implemented across multiple countries the past few years, the devaluation of currency has been a hot topic. If bitcoin were nothing else other than a hedge against the deflationary aspect of currency, just by holding still, bitcoin would become more valuable. To put this thought into perspective, here is an expert from Horizon Kinetics:

“So, what if bitcoin were to have no other value than that it gains enough confidence among the U.S. citizenry that they decide to hold one-third of their cash and cash equivalents, such as money market funds and time deposits, in bitcoin? Since the U.S. money supply (M2) is $13 trillion, one-third of that would be $4.3 trillion. At the recent (December 30th) bitcoin price of $960, and given 16 million outstanding bitcoins, the market value of all the existing bitcoins today is approximately $15.4 billion. If there is $4.3 trillion of demand for it, then the market value of bitcoin would expand by 279x.”[12]

The store of value argument seems to fit better, in our humble opinion, then for bitcoin to become a global currency – at this junction.

Having different ways of thinking how bitcoin could make you money still doesn’t answer the question of “If I buy bitcoin, what do I own?” The answer – nothing. Multiple high-profile individuals have been outspoken as it relates to what bitcoin is. For example, Howard Marks’ comment about bitcoin was: “But they’re not real!!!!!”[13] Furthermore, Jamie Dimon recently stated the following about bitcoin: “It’s a fraud” and “worse than tulip bulbs”[14]. Both are correct, bitcoin is nothing other than what people feel it is worth and, yes, that means bitcoin’s value has a realistic chance of going to zero. However, one could make an argument that if you were to buy bitcoin, you would be buying an idea. Bitcoin and other cryptocurrencies have done one thing: it has changed our perception of how money should and could be regulated, transferred and handled – it seems to be a paradigm shift. Think about the internet; at first people couldn’t comprehend the usefulness and power it could wield. Then it brought excitement, fraud, and a bubble. And now, we couldn’t imagine life without it. In every shift of perception, the road is rocky and looking through a rearview mirror is a lot easier than predicting the future. Bitcoin and cryptocurrency in general seem to be on the same track; it is new, exciting, and most of the 600 plus cryptocurrencies may falter in the end. However, the potential shift in what currency is and how it can be used is something not to shy away from, but as it pertains to investment in today’s environment, we will kindly and gladly, watch that strike hit the catcher’s mitt.

[5] This is true for original bitcoin; however, as seen on August 1st, 2017 bitcoin “forked” creating a new form of cryptocurrency called bitcoin cash. Due to the fork, there is an additional 21 million units of bitcoin cash that are available to mine. Also, theoretically speaking, all the miners could collude and decide to create more bitcoin units.

[11] Theoretically speaking all the miners could collude and decide to create more bitcoin units.