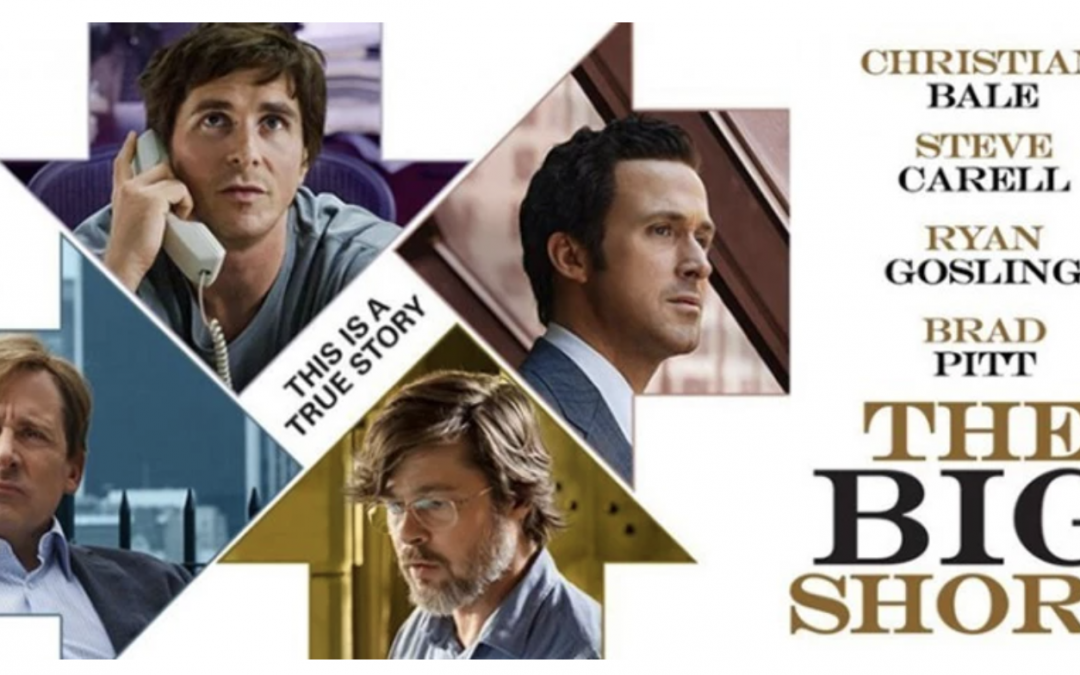 Let it be known, we had to look up how to review a movie. Remember, we are not professional spellers (if you recall the last LBW INSI”G”HTS) nor professional movie critics, although we try our best!

“In 2008, Wall Street guru Michael Burry realizes that a number of subprime home loans are in danger of defaulting. Burry bets against the housing market by throwing more than $1 billion of his investors’ money into credit default swaps. His actions attract the attention of banker Jared Vennett (Ryan Gosling), hedge-fund specialist Mark Baum (Steve Carell) and other greedy opportunists. Together, these men make a fortune by taking full advantage of the impending economic collapse in America.”[1]

LBW’s thoughts on the movie:

Having read THE BIG SHORT written by Michael Lewis in 2010, I (Dan) personally wondered how a book, littered with complexities and industry jargon, could be made into a movie let alone reach the general population, be informative, and entertaining all in one package. Needless to say, they did it! I shouldn’t have underestimated Lewis as he also wrote Moneyball and The Blind Side, both great books and movies.

If the purpose of the movie was to unveil the immense amount of misconduct orchestrated by many, causing one of the worst recessions since the Great Depression in the United States’ history, then the producers accomplished their goals. The film drove this theme home by interjecting humor combined with creative ways to educate the viewers on concepts that can be difficult to comprehend.

The subject matter is fresh in many of our minds as we all have felt the impact of the financial crisis, brought on by the collapse of the housing market, in one way or another from individuals delaying retirement due to their retirement nest eggs collapsing, to new college graduates unable to find employment. Some felt it significantly more than others, but we all had exposure.

History tends to, in some degree, repeat itself. If you haven’t seen the movie, we strongly encourage you to do so. It is helpful to understand the past, in order to better grasp the future.

Below are a few frequently asked questions that people have asked us for further clarification on:

There are two people: Joe and Jane.

Joe has a pen and Jane wants to buy it.

From the discussion, Bob believes that Joe will sell his pen for at least $15.

However, Brandy thinks there is no way Joe gets more than $13.50.

What has transpired here is Bob and Brandy have created a synthetic agreement. The result of one of them winning the bet is based on the transaction between Joe and Jane, while Joe and Jane’s transaction is based on the pen. So, in this example Bob and Brandy’s bet is based on the pen, but it is one-step removed. To take this another step further, if Sean and Sally came along and overheard Bob and Brandy and subsequently bet on their (Bob’s and Brandy’s) transaction, they have now created another synthetic transaction and are two-steps removed from the underlying asset, the pen. A Synthetic CDO is no different than our example, except instead of a pen, insert a CDO. I hope this was helpful, we are not nearly as good at explaining this as Selena Gomez!

Who are we kidding? We’re not touching this subject with a ten-foot pole.

We hope you enjoyed the review. Please know, it was fun, but we will be keeping our day jobs!

Oh, and before we forget, we give the movie’s subject matter two thumbs down due to the events leading to the worst financial crisis’ since the Great Depression, but the movie itself, two thumbs up!

As always, please call with any comments or questions!