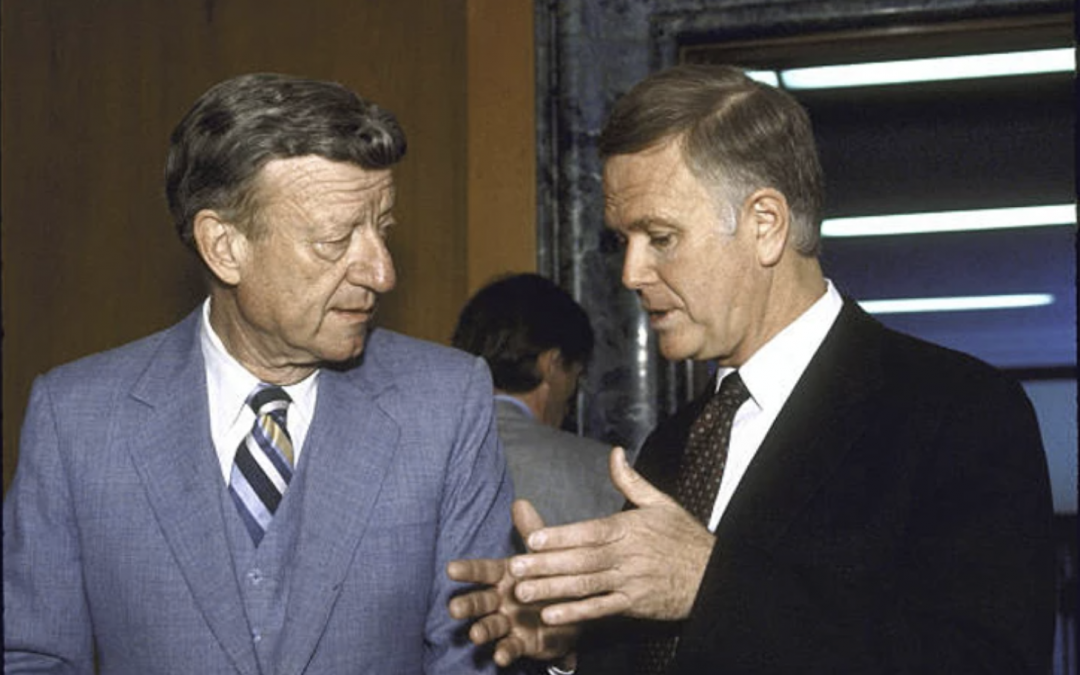 As we all know the investment industry is filled with jargon and multiple types of accounts such as a Roth IRA, Traditional IRA, Rollover IRA, Inherited IRA, SIMPLE IRA, SEP IRA, and many more. As stated in the name of the blog post, we will focus on one type, the Roth IRA. At LBW, a frequently asked question is: “Should I contribute to a Traditional or Roth IRA?”. More often than not, people are not as familiar with Roth IRAs as they are with Traditional IRAs. So, we are going to break down the Roth IRA into four sections: History of the Roth IRA, Advantages of a Roth IRA, Roth IRA vs. Traditional IRA, and Why and What the Government Wants to Change.

History of the Roth IRA

The history of the Roth IRA, starts with its name. Senator William V. Roth Jr. of Delaware and Senator Bob Packwood of Oregon proposed the idea of the “IRA Plus”, allowing individuals to contribute $2,000 with no immediate tax deductions, but with the ability to withdraw the earnings tax-free at retirement. Their idea was to establish a vehicle that would attract and incentivize young and seasoned investors to save for retirement. The vehicle would have the ability to withdraw earnings tax-free and flexible withdrawal rules such as withdrawing funds tax-free for first home purchases and/or education costs, and no required minimum distributions (RMD’s). As part of the Taxpayer Relief Act of 1997, the Roth IRA, named after Senator Roth, was established[1]. Since the establishment of the Roth IRA, it has grown in popularity and because of this, it has evolved[2]. Fast forward to 2016, contribution amounts have increased to $5,500, in addition to a catch-up contribution of $1,000 for individuals over the age of 50. In addition, the IRS allows for Roth IRA conversions (converting a Traditional IRA to a Roth IRA) with no income limitations.

Advantages of a Roth IRA

There are many benefits to a Roth IRA such as tax deferred growth on earnings, tax-free withdrawals, no RMD’s, and the ability to continue tax deferred growth even when left to one’s beneficiaries’ through an Inherited Roth IRA. Tax deferred growth on earnings is incentivizing enough to utilize this type of account. For example, as seen in the graph below, assume you contribute $5,500 at the beginning of each year for 30 years and earn an annualized rate of return of 6.5%. If these contributions were made to a Roth IRA, your ending balance, after 30 years, would be $505,941. If these contributions were placed in a non-qualified account (e.g. brokerage account) and you assumed a 33% tax rate, your ending balance would be approximately $341,671[3]. Based on this example you would save roughly $164,270 by contributing to a Roth IRA instead of a non-qualified account. 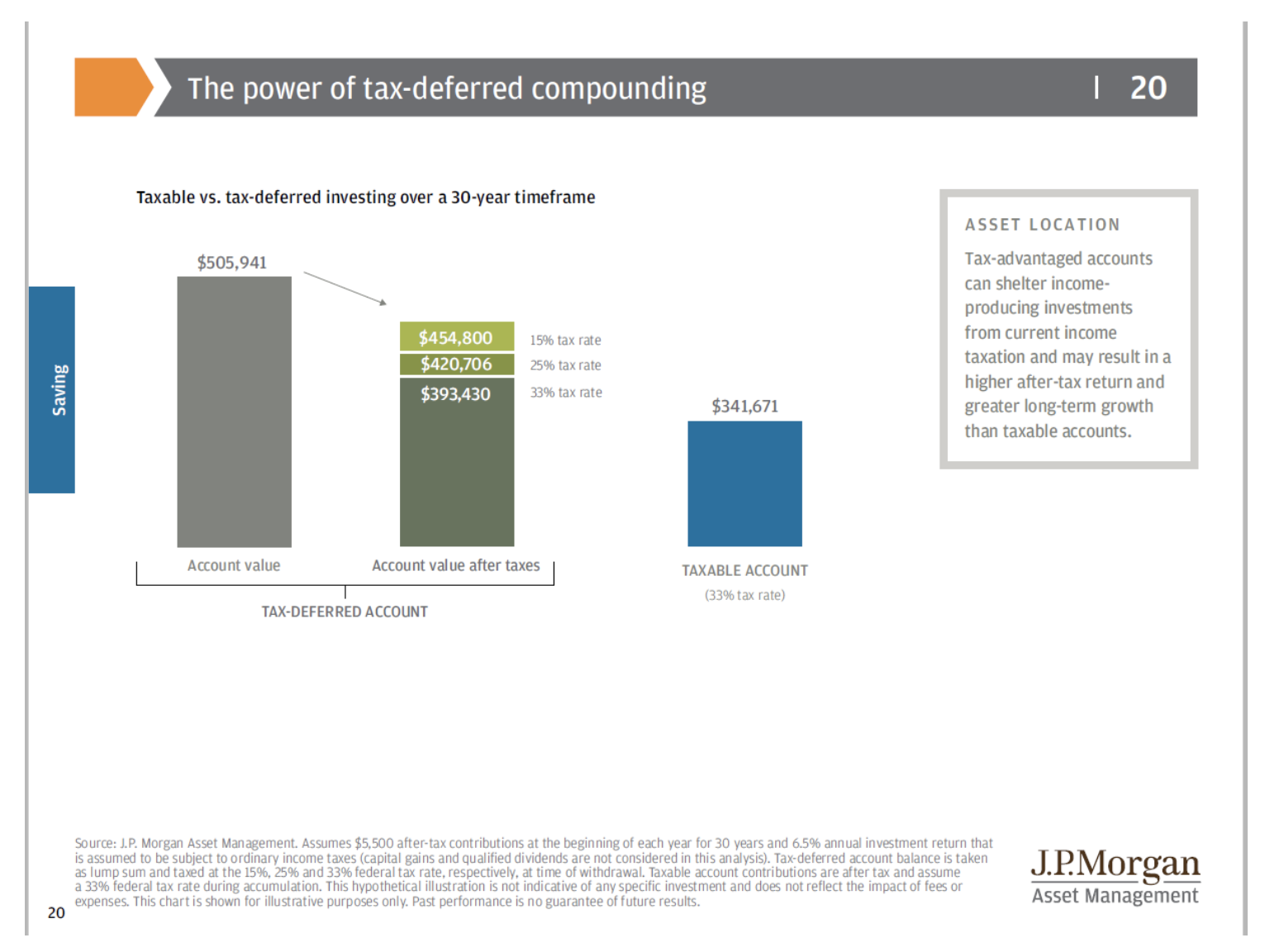 As mentioned above the tax advantage of a Roth IRA account is substantial, but the allowed qualified distributions should not be ignored. For instance, an individual can withdraw up to $10,000 for first-time home purchases tax and penalty-free. It does not stop there – education costs are also qualified distributions and if an emergency crept up (hopefully LBW helped you plan for such events, so you do not have to dip into your account), you can withdraw your after-tax contributions tax and penalty-free at any time[5]. In short, the advantages are vast and should be examined for each individual’s particular situation.

The best way to compare a Roth IRA to a Traditional IRA is to create a table. 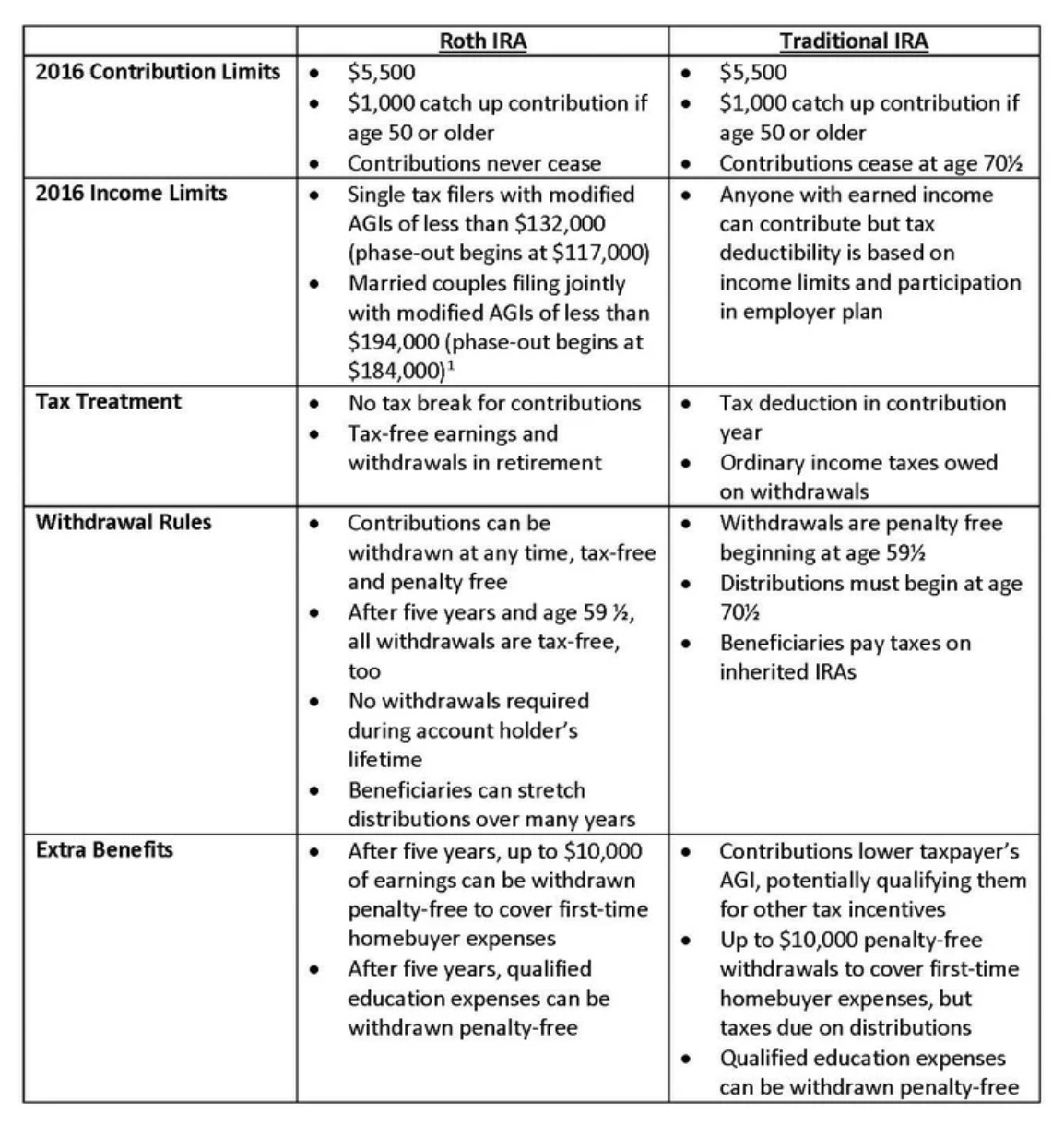 As the table represents, there are benefits to both a Roth IRA and Traditional IRA. When LBW is presented with this scenario, we take a holistic view point and make recommendations based on our client’s objectives, goals, and needs.

Why and What the Government Wants to Change

As described above in detail, there is a plethora of benefits to a Roth IRA. So, why does the Government want to enact change? To understand, one must take a government’s point-of-view. Let’s assume the government is a large private company and retirement account taxation (e.g. Traditional IRA and Roth IRA) is the majority of their revenue generation. Now, let’s break down when the government receives its revenue for a Traditional IRA and a Roth IRA account. When an individual contributes to their Traditional IRA (assuming they meet the contribution limits), they receive a tax deduction and their money will grow tax-free until it is withdrawn or when the government forces the withdrawal at age 70½. Meaning, the government will generate revenue, at minimum, by age 70½ for this type of account. This revenue will include earnings growth and contributions accumulated over the years. In essence, they are giving up revenue in the short-term to receive revenue in the long-term. Now, let’s examine the Roth IRA revenue. All Roth IRA contributions are made after-tax or, in other words, the money contributed has already been taxed. Meaning, the government receives their money up front, forgoing potential revenue on earnings accumulated over the years, because qualified distributions are tax-free. If you factor in the time value of money of these earnings, that is a large potential loss. In short, from a government’s stand point, it does not make sense in the long-run for Roth IRAs’ distributions to be untaxed.

Speculation as to the longevity of the Roth vessel disappearing is constantly brought up in client conversations. Cleary, as stated above, the government would benefit by altering the Roth IRA rules. With any amount of speculation comes misconceptions. At this time, the elimination of the concept has not been proposed. As of late, there have been several proposals made to lessen some of the Roth IRA benefits such as: having required minimum distributions, limiting Roth IRA conversions to pretax dollars, and eliminating the stretch provisions for beneficiaries. We hope that none of this gets approved. Regardless, as it stands now, the Roth IRA in our opinion still remains an advantageous investment account vehicle.