What’s Beneath the Covers: The S&P 500 and Dow Jones Industrial Average 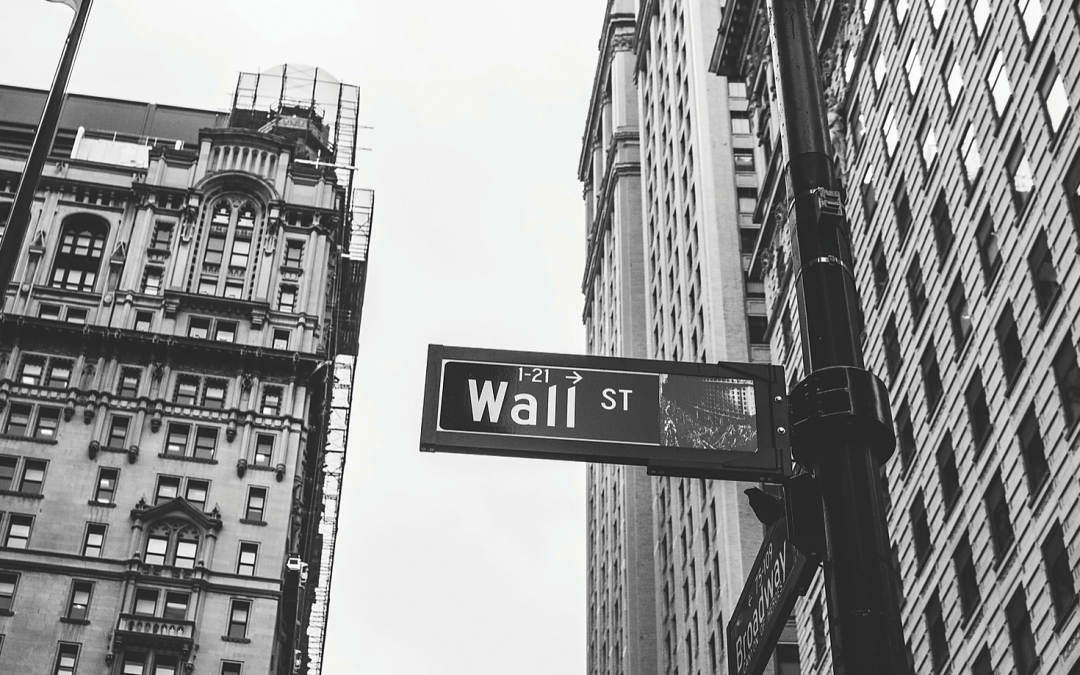 ​At a moment’s notice we can jump on the internet, an app, or turn on the TV and see how the U.S. markets are performing. Is the S&P 500 up today? How is the Dow doing? These and other indices have become synonymous with the “U.S. markets”. However, what is rarely understood is the composition, selection criteria, removal criteria, and the individuals managing these indices. So, we decided to shed some light on the construction of the “U.S. markets”.

Today, there are multiple indices that help describe different markets by geographic location (e.g. domestic or international), sector (e.g. energy or materials), and there is even an index that tracks the S&P 500’s volatility. However, what we are most interested in are two of the more well-known indices that, as mentioned above, attempt to represent the U.S. markets – the S&P 500 and the Dow Jones Industrial Average (DJIA). Without further ado, here are the basics: 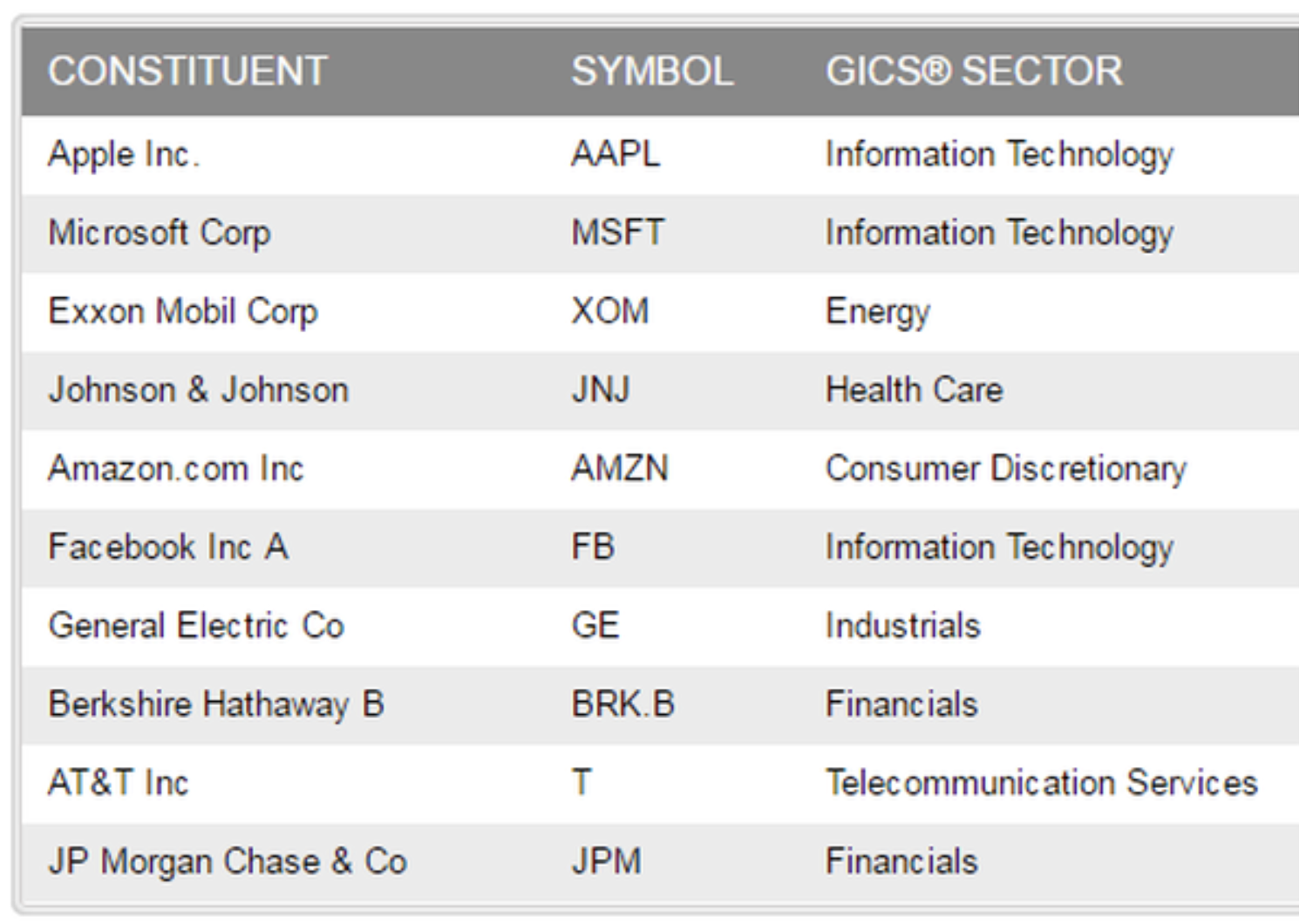 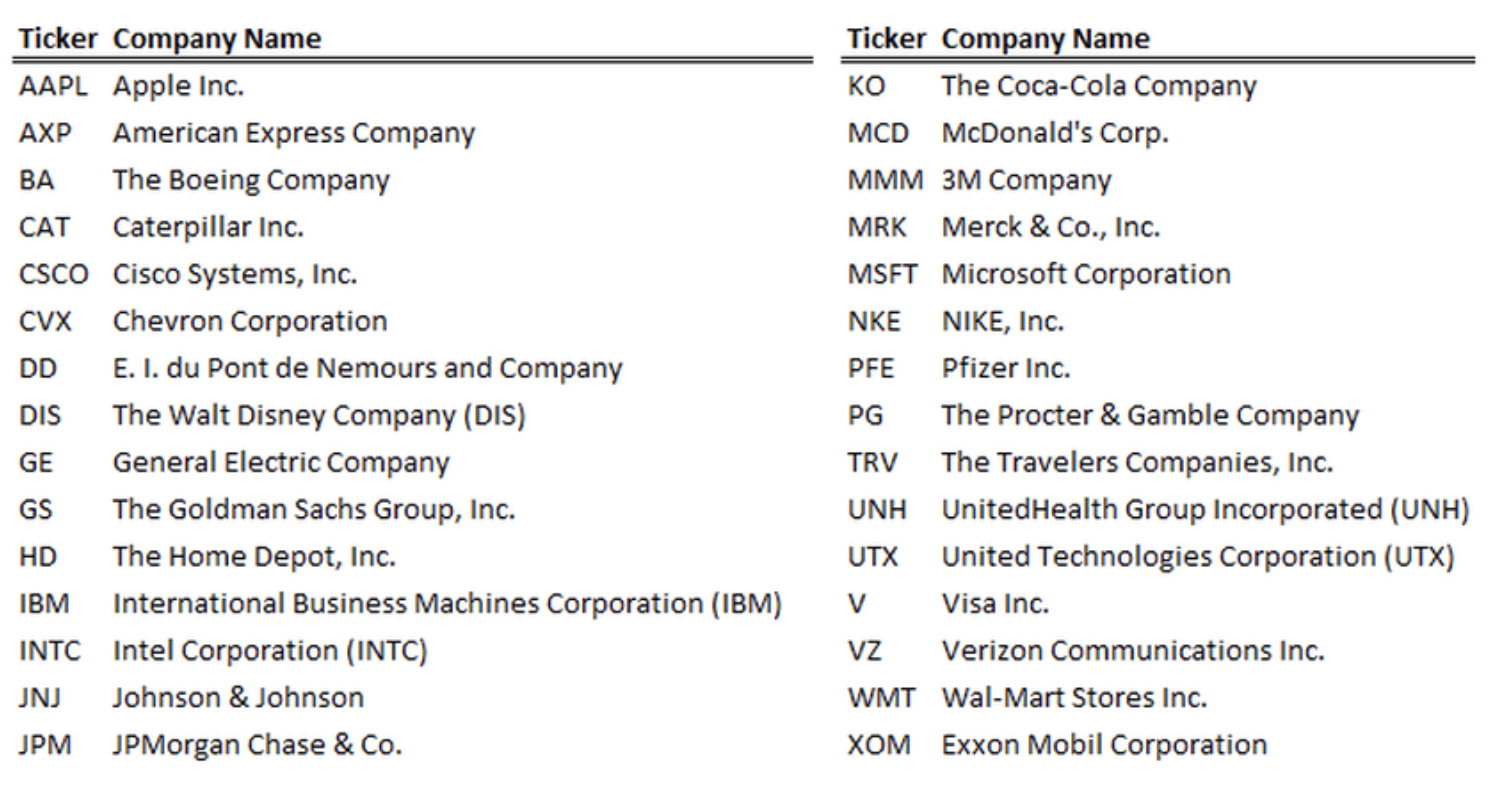 ​The basics are interesting, but the details on the selection criteria, removal criteria, and the management team are even better.

Selection, Removal, and the Committee behind the S&P 500

In short, the criteria for a company to be added to the S&P 500 is subjective. Only a few of the criterion are hard and fast: must be above $5.3 billion market capitalization, public float at least 50% of the stock, and have been public for at least six to 12 months. Other than that, it is up to the Committee members if the company fits their profile.

The next logical question: if a company in the index violates one of these criterion, will they be removed? No, to quote the S&P Dow Jones Indices “the addition criteria are for addition to an index, not for continued membership.”[5] The index committee meets on a monthly basis and evaluates all of the constituents in the S&P 500 and decide if they should be removed.

Once again, subjectivity is evident as it pertains to the inclusion and exclusion of the S&P 500 constituents. The subjectivity leads us to the individuals behind the decisions, which is the U.S. Index Committee (this committee does not manage the DJIA). All committee members are full-time employees for the S&P Dow Jones Indices.

Selection, Removal, and the Committee behind the DJIA

The DJIA is a concentrated index, holding only 30 companies (excluding transportation and utility companies) at any given time and is price weighted. Price weighted is defined as the price at which a company trades thereby dictates its allocation within the index. For example, ABC stock trades at a price of $50 per share, DEF stock at $20 per share, and GHI stock at $10 per share. In a price weighted index with only these three companies, the allocation would be as follows – ABC 62.50%, DEF 25%, and GHI 12.50%. Meaning, ABC stock will have the largest impact on the performance of our hypothetical index. So, are only high-priced stocks eligible for the DJIA? No, just as with the S&P 500 there are eligibility requirements. However, the DJIA’s criteria is even more subjective than the S&P 500’s. Don’t take our word for it – here is what the S&P Dow Jones Indices states:

“While stock selection is not governed by quantitative rules, a stock typically is added only if the company has an excellent reputation, demonstrates sustained growth and is of interest to a large number of investors. Maintaining adequate sector representation within the index is also a consideration in the selection process for the Dow Jones Industrial Average™. Companies should be incorporated and headquartered in the U.S. In addition, a plurality of revenues should be derived from the U.S.”[6]

Furthermore, the criteria to be removed from the DJIA – be delisted, acquired, merged, or any corporate action that may cause substantial change to the company, is at the discretion of the committee.

Taking a deeper dive into the construction of the S&P 500 and the DJIA reveals more than meets the eye. Now that we understand how these indices are constructed and what they consist of, we can begin to question the corresponding media hype. For example, when your local TV stock market channel flashes a large red sign stating the DJIA is down 400 points for the day, AKA the markets are down, we can begin to question such a statement. The facts are these: the DJIA declined (based on DJIA trading at 18,396.57[7]) by merely 2.1% for the day and assumes the rest of the U.S. market has decreased by same percentage. However, now we know only 30 U.S.-listed companies in the U.S. markets performed poorly, and not the entire U.S. market. In addition, and in the DJIA’s case, the highest-priced stock (the one that is weighted most heavily) may have had a bad day, and thereby been solely responsible for the DJIA’s decrease for that day! What about the S&P 500? Five hundred companies is certainly a large number, and this must mean it is an accurate representation of the market, right? However, when compared to the total number of publicly listed U.S. companies it only represents approximately 11.4% of the total U.S. market[8]! The point is – yes, the S&P 500 and DJIA do serve a purpose. However, what is often missed or overlooked are the details. These indices are not the end-all as they pertain to the U.S. markets, and their construction is highly subjective. Whenever making a broad claim that summarizes a large population, it is imperative to look beneath the covers and see what is holding up the sheets.

[8] According to the World Bank, as of 2015, there are 4,381 publicly-listed companies on U.S. exchanges. This does not include companies traded over-the-counter (OTC).